It was only a matter of time before a company was going to use the term Epic to describe their golf clubs.

Callaway started this last year with the release of their first-ever Epic Driver. Although it sold decently well there was nothing really “Epic” about the club.

This year the Epic Flash was released and it has many improvements that we will attempt to review in this post.

With the Epic Flash Sub Zero, the Lower Handicap Golfer was truly thought of. The Driver is Low Spin, Low Launch and Highly Adjustable. It features a 12 Gram Sliding Weight for ball flight control.

Jailbreak Technology is simply Callaway’s way of saying that they installed some supportive bars behind the clubface to increase impact load on the face. They look like bars of a jail in the depictions and advertisements.

What it does is help you increase ball speed. However, if your swing speed is not fast enough this will not allow you any increase in ball speed or distance.

Keep in mind this Driver is designed for a faster swinging player.

The traditional Epic Flash (not the Sub Zero) also uses this JailBreak technology but it is modified to support a Driver with a slower swing speed.

In this Callaway Epic Flash Sub Zero driver review, we will go through the pros and cons of this golf driver and help you determine if it would be a good fit for your game.

The great news about this club is that it’s designed for a fast swinging lower handicap player.

This is also the bad news about this club.

There are some fast swinging new players, maybe former baseball players. That will struggle with the ability to keep this Sub-Zero straight, even though it’s helping them to get the most ball speed.

The Callaway Epic Flash Sub Zero Driver has a 12 Gram Sliding Weight in the Clubhead which will allow you to dial in that fade or draw.

Combine that with the adjustable loft and lie angle and this like owning ten different drivers at the same time.

Great option for the player that needs to tweak a club from course to course. Not a great option for a player who is going to question himself when he hits a small fade off the first tee box.

It is certainly possible to get overly involved with adjustments on these clubs. Try to pick something that works well for you, set it and forget it!

Three premium shaft options include Project X Even Flow, Project X HZRDUS Smoke, and the Mitsubishi Tensei AV Blue. Each of these have their advantages and disadvantages.

Generally, if you want to keep the ball flight down a bit go for something heavier like the Mitsubishi Tensei AV Blue or Project X Hzrdus Smoke 70 Gram. If you want some extra swing speed and need some help with launch, the Even Flow 50 would be the best option for you.

The majority of players that want the Sub-Zero Driver will be looking for the 70-gram shaft. There are some stock options in Extra Stiff which is very helpful when it comes to a Driver like this.

Callaway went with the Black, Yellow and Green color scheme on these clubs and it is a great looking Driver.

It was going to take some design work to stand up to the name “Epic Flash” but they pulled it off. The sound is the classic impact sound that all great players are looking for. It’s not ear piercing and at the same time, it’s not dull.

Longest Driver Callaway has put out, miss-hits are about as long as previous models and true on center hits are passed by quite a few yards

Not a miracle club, will still allow you to miss and to feel a mishit but the mishits are generally still long, overall the Driver does have very low Dispersion rates.

In the world of golf though even the players clubs by Callaway always contain a bit of forgiveness.

One of the most expensive drivers out there.

If the Epic Flash Sub Zero does not seem like the exact fit for you because there is just too much to play around with, you may consider the TaylorMade M6.

The M6 is about equal in length, not as easy to adjust or to feel a mishit, more geared to a faster swing speed player who is not necessarily a lower handicap.

The M6 will help you keep the ball a bit straighter than the Sub Zero should you only be getting in a few rounds a month.

Another solution is the Callaway Epic Flash Standard Model offers all the benefits of the Epic Flash Sub Zero, with more forgiveness. If your swing speed is not quite that high but you need some great feel.

The Epic Flash has a 16-gram sliding weight making for even larger differences between that Draw and Fade. Helping you to square up or open up that clubface as you get through the impact zone. This Driver also has the jailbreak bars that the Sub Zero does.

The advantage the Cobra has over the Callaway is that this club can also accommodate a higher handicap player. If you are working on improving your game and getting better fast, this may be the club to go with. It will work with you as you improve.

The Callaway Epic Flash Sub Zero took it up a notch from the original Epic Driver that was released prior.

Although the Epic had a great feel and was well received the Epic Flash knocks it out of the park.

The great option on this one is that they used artificial intelligence and machine learning to make a forgiving and crazy long driver that also works for lower handicap players who are used to having to choose between distance and feel.

With so many drivers out there to choose from this is an incredible option for a player that wants a solid stock option that will give them straighter flight and the feel to easily promote draws fades.

Any great player will tell you that although all of these new Driver’s go a long way, they will gladly give up some distance for feel.

Hitting the ball 300 yards dead straight at a bunker doesn’t help. Hitting it 290 with that fade that you have been perfecting, and can feel, because of the great feedback the Driver offers is much more of a win.

I hope you enjoyed this Callaway Epic Flash Sub Zero driver review, if you want to check the best deals we could find for it and get this hot driver, click on the button below! 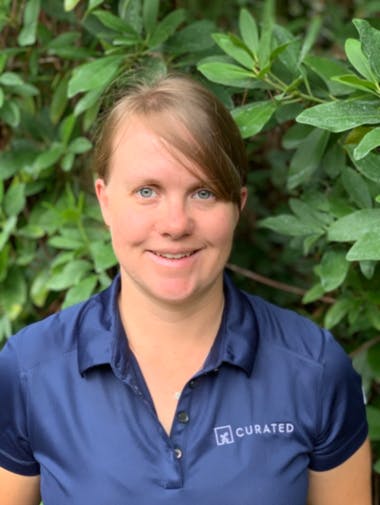