If you’re looking for a club that can help you drive the ball further down the fairway than ever before, then the Ping g20 could be your key to deeper drives and a better game.

With an aerodynamic Titanium face and external weight, this club is specially designed for the average golfer looking to improve their performance on the links.

In our Ping g20 driver review, we will go through the pros and cons of this golf club and help you determine if it would be a good addition in your golf bag.

Ping has long been the choice for many golfers around the world, and the g20 is no exception. This driver continues Ping’s tradition of clubs with large faces and long shafts such as the G5, G10, g20, Rapture and Rapture V2.

With a face angle which is closed to square, the driver has an impact which feels soft and bouncy. When hit flush, the driver generates a low spin which is ideal for golfers with a high swing speed.

A unique design promoting low spin and high launch, the Ping g20 is created specifically for average golfers who want to use technology is order to improve their game.

What is the Ping g20 Driver?

Ping has a solid history and reputation, and the g20 continues that tradition. Everything from their standard club checklist is here: center-of-gravity location optimization, large clubface, stability on high/low or heel/toe hit and more.

There are many drivers to choose from in the Ping line. The g20 is a moderately priced “game improvement” driver which gives you power but also forgiveness with every shot.

Here is the review of the different aspects of the Ping g20 Driver:

The g20 is a reserved gray color with unobtrusive alignment and no particularly fancy or excessive design elements. “No frills” is one way to put it. “Boring” would be another.

To be fair, design isn’t the selling point here. With a TFC 169D Graphite Shaft and 560cc head, this club is sleek but rather uninspired.

If looks are an important part of your golf game, this might make you want to pass on the g20. But if looks don’t matter, then all that matters is that the design certainly does help the club function.

The club head has a high strength to weight ratio thanks to the Ti 8-1-1 low-density alloy. The variable wall thickness on both the face and crown of the club allows for high launch and low spin. The g20’s high balance point shaft lets you swing a lot of weight quickly.

Look out golf ball! The large clubface will send your shots flying down the fairway. This is due to the external weight found in the heel. You’ll get the ball airborne – and fast!

This club is very forgiving, so shots stay in play even when you swing with abandon. There’s a minimal loss on off-center hits, so you’ll likely see consistent distance gains.

Ti811 Alloy is light with a lower density. This allows for additional weight to be placed. Looking to improve your Moment of Inertia? This is how you do it.

Center hits have a spring to them, with a crisp rush of power. The g20 has a heavy head compared to other Ping drivers, with additional back weighting and an elongated face.

The 45.75 inch TFC 169D shaft, with its high balance point, has a soft feel due to flexible tip and butt sections.

Finally, a quick note about the head cover. After all, you might as well have your clubs looking good when they’re not being used. The g20 head cover is nicely designed if a bit smug.

Putting it on feels like sticking a small sock onto a large foot. But removing the head cover is much easier thanks to a unique Nike handle which allows for one-touch operation.

The Ping g20 golf driver is pretty well priced. You can find cheaper drivers, including ones in the Ping line, but they’ll have fewer features and usually provide less distance.

This is a more expensive club compared to the Ping g20, but with perhaps more sophisticated engineering the cost might be worth it.

The M2 has a multi-material crown which allows for discretionary mass movement. Specifically, between five and seven grams of discretionary mass can be moved to the lower part of the club head. This creates a high MOI with a very large sweet spot.

If you’re interested in a driver about the same price as the Ping g20, but aren’t particularly impressed with the Ping name, TaylorMade’s Men’s AeroBurner Driver might be worth your consideration.

This driver has an advanced 460 cc aerodynamic shape with a New Speed Pocket. The size of the sweet spot is increased which the amount of spin is reduced.

The AeroBurner has a bolder design than the g20, with a matte white finish and black PVD linear and face. Combined with the Matrix Speed RUL Z 50 shaft and TM Speed Grip, this club stands out style-wise a bit more than the g20.

The AeroBurner is about the same cost as a used Ping g20, but cheaper than a new one.

The g20 is often compared to a hybrid driver, so if you’re interested in a true hybrid, this might be the club for you. The Thomas Gold Hybrid Mini Driver has a low center of gravity and patented shot alignment guide, which leads to increased carry when teeing off.

This is a reasonably priced driver with a variety of customization options so you can create the perfect Hybrid Driver for your specific needs. The short shaft and small club head will help you hit the fairway. If you’re looking for a relatively low priced club with well-developed aim and accuracy.


Should I Buy the g20 Golf Driver?

If you trust the Ping name, don’t care too much about a fancy design and are interested in a “game improvement” driver, this is the club for you. The reconfigured club head and high-balance-point shaft are crafted with precision.

If you want to improve your golf game with the use of an “improvement driver,” there’s a lot to like about both the g20 and the Ping name in general.

Their no-frills style hides a deceptively clever design which optimizes the center-of-gravity location and clubface structure. It’s a powerful club built for shooting distance but with easy handling due to a lightweight, soft feel. 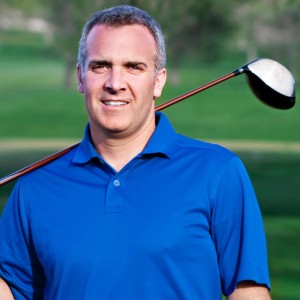