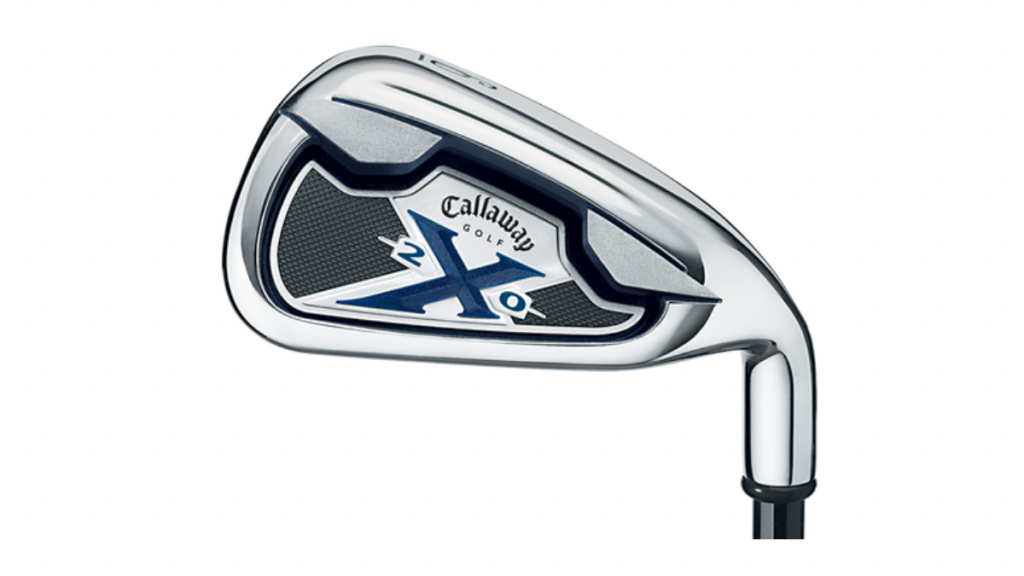 Callaway X-20 NG Irons are meant for players looking to take their game to the next level and need a quality set of irons that can help them get there.

Casual players and beginners will appreciate the forgiveness in every hit with these clubs. Still, it’s a player’s iron, and it keeps you on the green and playing while giving you the feedback you need on the bad hits.

The X-20 NG is marketed as a budget set with a new groove (NG) pattern that complies with the latest new groove rules provided by the USGA in 2010. (www.pga.com)


S2H2 increases discretionary weight by removing it from the hosel.

Players with higher handicaps who are looking to improve their numbers might appreciate the X20 for its ability to create high and straight shots that help them improve their game with confidence.

The uniflex shaft gives a higher ball flight, though it might run a bit too high for some on longer runs. Beginner players will still appreciate the noticeably longer distance to their shots.br

Despite being a beginner’s club, Callaway still designed it to pack some performance and give more experienced players more control when they need it.

The clubhead runs on the smaller side, and the sole width is optimized to retain workability. The game improvement clubs are meant to build confidence for players progressing to the next level.

The shape of the clubs are designed to maximize forgiveness for the newer player. The extreme notch weighting feature means weight is shifted outward to the edge of the clubhead which makes it more stable and ensures the club doesn’t twist on impact.

And with a larger sweet spot and lower center of gravity, the iron is meant to maximize range even for off-center hits.

Another feature Callaway included with this model is they redistributed some of the weight out of the hosel and into the sole. It adds more forgiveness and lets the player hit further.

More weight is in the toe and the heel of the club to incrementally improve the Moment of Inertia. Overall, players will appreciate the distance and accuracy gains they can get as a result.

The clubs are constructed of 17-4 stainless steel for both a good feel and lasting durability. Players looking for a set that will last them for years will probably appreciate these irons.

The uniflex steel shaft adds stiffness to the swing so that balls gain greater velocity and height.

Callaway maintained a professional and classic look to these clubs so that they look great in the bag no matter who you might be playing with.

They come with a highly polished finish and a muted deep blue color scheme.

The price for these clubs may be their greatest selling point. They offer the very tempting value proposition giving players a quality Callaway game improvement set without breaking the bank.

The Callaway brand itself is one of the top golf brands in the industry, and the Callaway X series is one of the most popular sets sold in history. Plus, this set is designed to last for years as the player advances their game.

These are another quality game improvement set aimed for beginning and casual players.

The main difference a player might feel with these clubs is they offer a bit more forgiveness in each hit.

Though Taylormade R7 irons came out a while back, they’ve shown they can have real lasting value and is something to consider for those looking for their very first set.

Though some players may find the clubs come up shorter on distance and don’t have as much ease to hit.

The NG comes with new grooves conforming to the 2010 USGA standards while the older model doesn’t.

The NG also comes with a standard bore hole in the hosel while the X-20 features a black tru bore. Both types work to reduce vibration for a smoother hit.