A new study conducted by Skilled Golf has revealed that a whopping 1 in 5 women claims to have either been victim of or witnessed firsthand sexism in the world of sport.

While I’m sure it comes as no surprise to most, despite recent strides in many sports, a large portion of women still feel that gender discrimination is rife across the US. With 1 in 5 respondents claiming to have either been witness to or victim of sexism in sports, it begs the question, are we doing enough?

In order to get a better issue of where the main issues lie, we decided to take a snapshot of some of the countries most popular sports to identify those which have the most problems.

Throughout the study we identified two key points:

Read on for our full analysis…

These are the most Misogynistic sports According to women

Our study reveals a clear leader with Hockey taking the number 1 spot. From Pay Gap inequalities to harassment of both fans and players, the sport has a troubled history when it comes to gender neutrality.

The sport has been embroiled in a number of high profile controversies, with a large portion of them stemming from the perceived belief that the NHL refuses to take women’s contribution to the sport seriously.

While not as widely publicized as Hockey, women’s Basketball also has its fair share of issues. Perhaps one of the most contentious points amongst fans of the sport is the staggering pay gap, with a reported eye-watering 80% gap between genders in similar positions.

It’s important to understand that fans aren’t expecting complete parity – interest drives demand and this is fully understood. However, it’s agreed more must be done to try and bridge the gap.

Tennis comes bottom of our list, no doubt due to the prevalence of prominent figures such as the Williams sisters driving the charge for equality. It would be naïve to think the sport is completely free from misogyny, however. This can be perfectly summed up in this awkward exchange between Andy Murray and a misinformed reporter.

The Age Gap: Differing Opinions on Sexism in sports

What’s fascinating in this study is the huge disparity between age gaps. The Younger 18-24 generation seemed to have completely differing opinions out of all of the age brackets represented in the study.

Surprisingly, Golf takes the top spot for 18-24-year-olds. As a traditionally “old boys” sport, this comes as little surprise to us. With just 20-25% (depending on the country) of all Golfers being female, it’s only in recent years that the sport has begun marketing itself as a girls sport.

Yet a quick Google search of “women in golf” tells us all we need to know – you’ll be presented with countless articles highlighting the “sexiest golfers” that focus little on the female achievement in the sport.

Elsewhere in our age group breakdown, we see little divergence from the status quo. Hockey typically comes on top, and Tennis comes at the bottom. 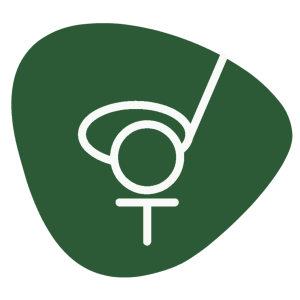 Skilled Golf is the leading source of Golfing news and information. Our team of professional and amateur golfers are here to help you get the most out on the green!

Best Golf Clubs on the Market in 2022

9 Best Golf Drivers Of All Time

Best Hybrid Golf Clubs on the Market in 2022

Best Golf Carts on the Market in 2022

Best Golf Putters on the Market in 2022